As the sun was setting over Rehoboth Bay on a Saturday in late April, the smell of a wood-burning fire and steamed clams began to fill the air surrounding the Indian River Life-Saving Station Museum. State Park interpreters, dressed in turn-of-the-century surfman uniforms, led a group of thirty eager guests through the Life-Saving Station, describing nighttime beach patrols and perilous high seas rescues that were performed along our coast over 100 years ago. While guests learned about the forming of the U.S. Life-Saving Service and the brave men that served at Station Indian River, Chef Lion Gardner of Blue Moon Rehoboth put the finishing touches on his 19th-century, locally inspired dinner courses.

“While it isn’t completely clear as to what the surfmen in our area ate on a regular basis, we do know a few things, and the rest we left up to the chef’s imagination” says Laura Scharle, Interpretive Programs Manager of Delaware Seashore State Park. “These men ate a great deal of canned goods, occasionally bought perishables, and even lived off the land to some extent.”

Scharle went on to explain that with the abundant marshlands close to the station, waterfowl and seafood probably made up a good portion of the surfmen’s diet, as well as some native plants, such as the wild beach plum.

“This was an exercise in culinary anthropology,” explained Chef Lion Gardner. “Since we didn’t have a lot of information about what the surfmen were eating, we focused on things they were likely to have eaten based on what was available to them in terms of ingredients and cooking methods.” 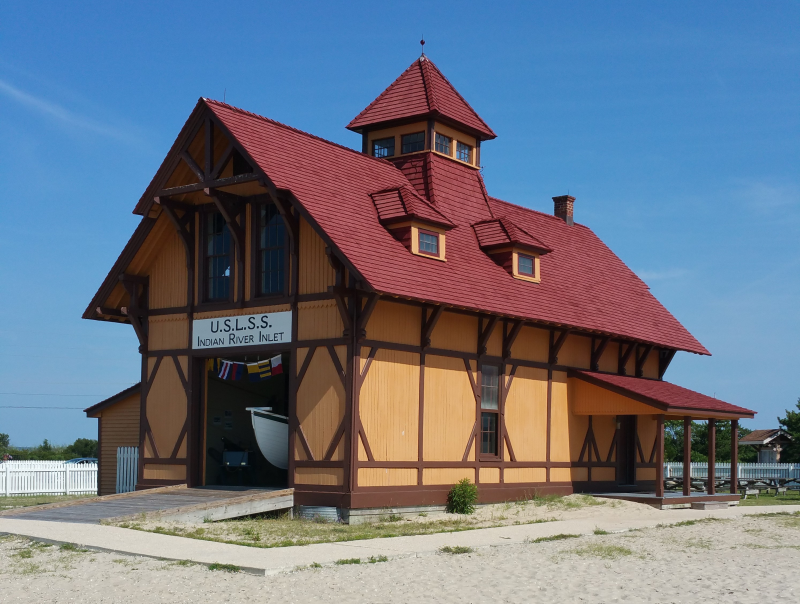 Original source can be found here.

Want to get notified whenever we write about Bethany-Fenwick Area Chamber of Commerce ?

Sign-up Next time we write about Bethany-Fenwick Area Chamber of Commerce, we'll email you a link to the story. You may edit your settings or unsubscribe at any time.